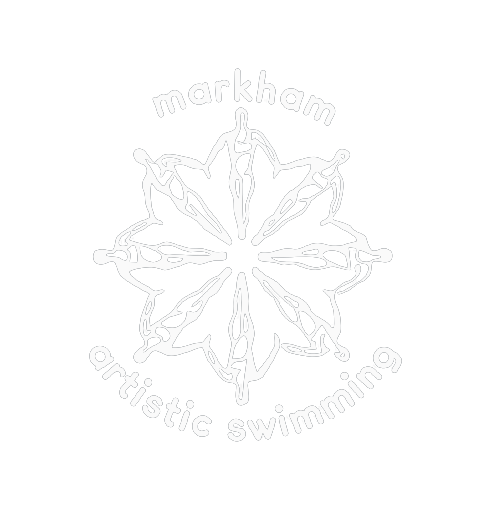 Some of our provincial solo and duet athletes attended the 22nd Annual Waterloo Invitational Meet on January 28, 2017. This is the first opportunity for swimmers to show off their routines in competition and receive feedback from judges.

Markham Synchro is very proud of the following swimmers that attended:

Congratulations, what a great start to the synchro season!

The 2016 Ontario Open Age Group Synchronized Swimming Championships (OOAGSSC) were held in Ottawa at the Nepean Sportsplex from May 18 - 22, 2016.  The Championships hosted over 800 athletes and coaches, with 24 participating clubs & is Canada’s largest synchronized swimming competition.

The Markham Synchronized Swimming Club sent 4 provincial teams, 2 Duets and 2 Solo’s, many of our athletes had their best performances of the entire season.  MKSC is very proud of each and every swimmer and would like to invite the community to come out and see our end of the year Watershow on Saturday, May 28th at 7:00 PM at the Cornell CC Pool, where all athletes will swim their routines one last time. 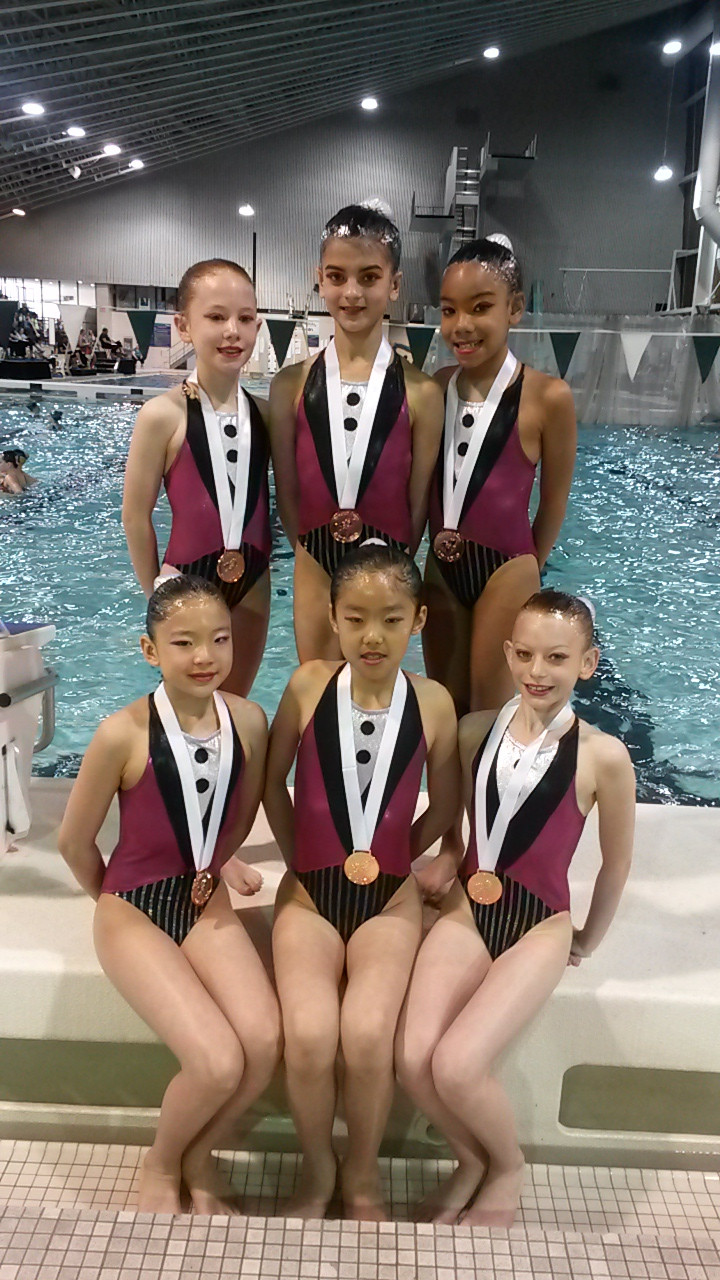 On April 9th our Minis and two novice teams completed at the novice regionals meet in Guelph.

In the morning the girls competed in figures and saw top results from Jade Guo, from the mini’s team coming second. 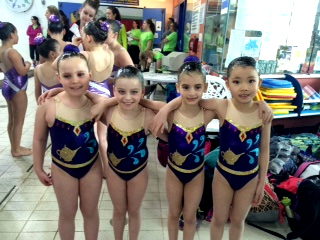 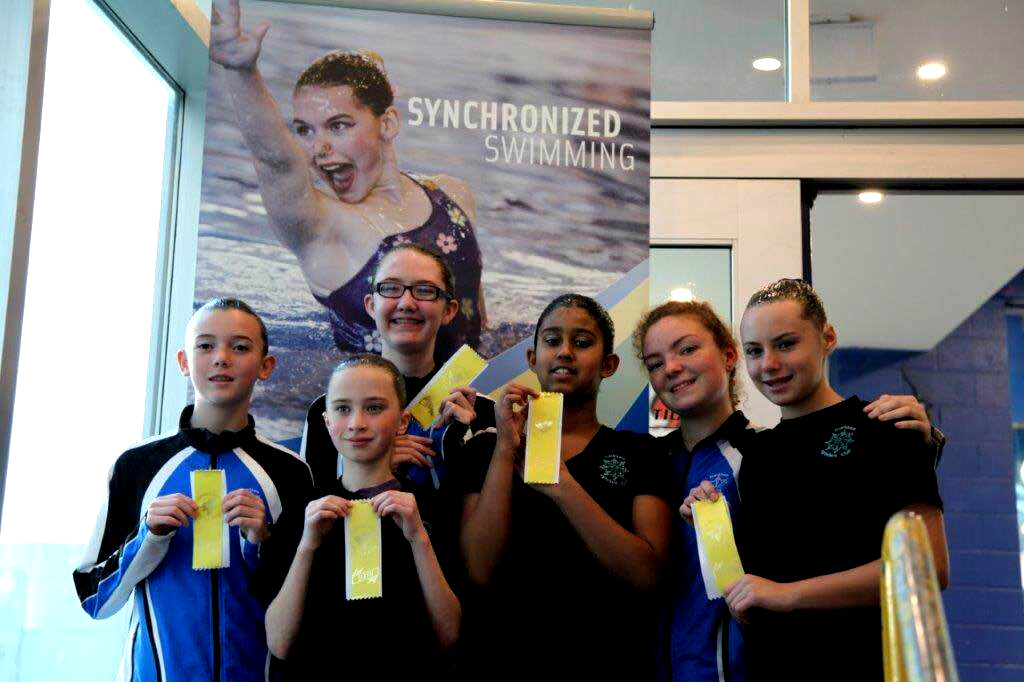 This past weekend, April 14-17, 2016, Markham Synchro was one of 21 Synchronized swimming clubs from across the province  to participate in the 5th annual Hilton Worldwide Synchronized Swimming Invitational meet, hosted by Synchro Swim Ontario at the Etobicoke Olympium pool.  This competition had over 900 athletes, coaches and officials participate this year.

Markham Synchro Club is very proud of our amazing athletes & coaches who continue to demonstrate their talent and passion for the sport of Synchronized swimming.  The following are the results of the weekend: